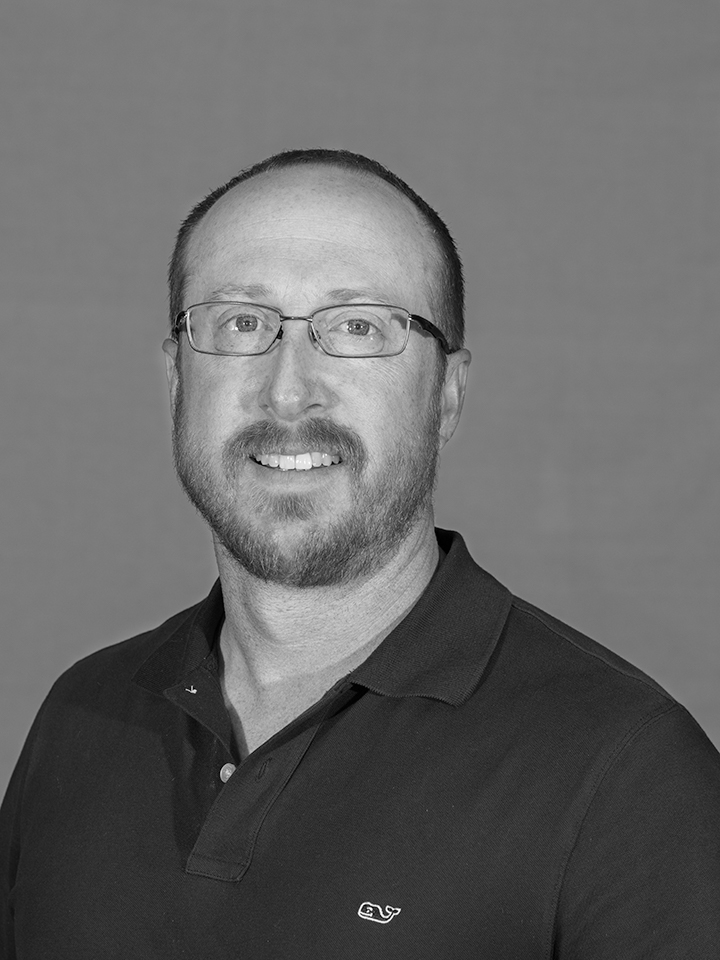 Mr. Lanier joined GEMS in August 2001.  He was promoted to Director in January, 2009.  His duties as a geologist included the interpretation of high resolution and 3-D seismic data, geotechnical analysis of soil borings and jumbo piston cores, and the integration of both with respect to the placement of deep water production field architecture.  As a Director, Mr. Lanier coordinated the assignment of projects to the geoscience staff, allocation of resources, and establishing new and maintaining current client relations.  Mr. Lanier is responsible for overseeing the response to bid tenders establishing and monitoring the projects budgets, timing, and quality. 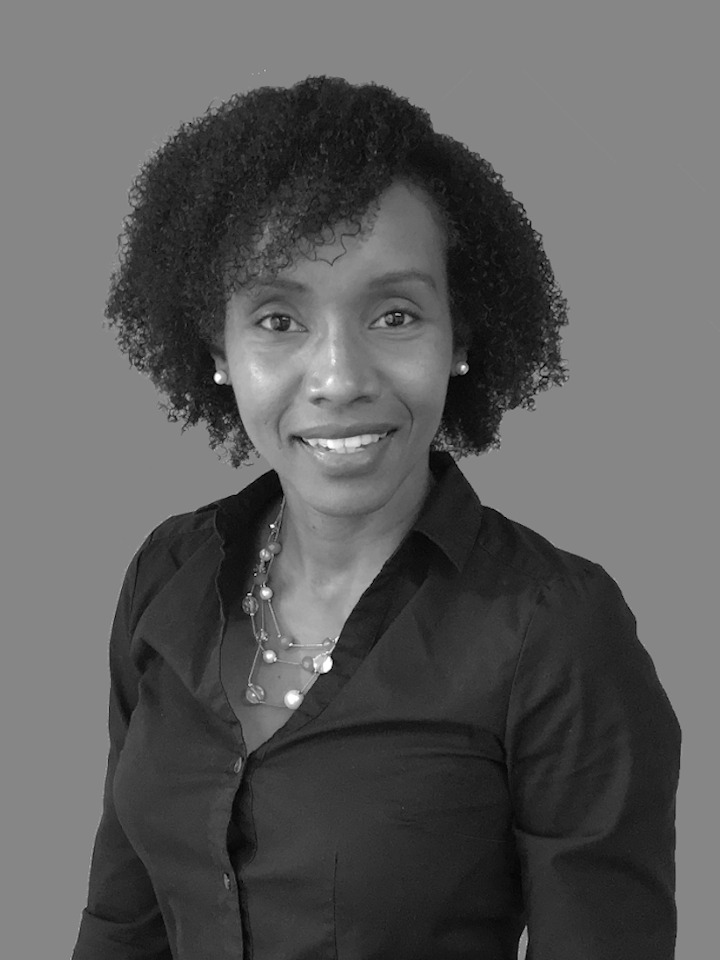 Ms. Wanjohi has over 10 years’ experience in Accounting and Finance in the Oil & Gas Industry. She joined GEMS as a Project Administrator in 2007 and was promoted to Project Controller in 2010. She left GEMS in 2014 to take up a position as Assistant Corporate Controller for an Oilfield Service Company. Chrissy returned to GEMS in July 2019 as Controller and is responsible for managing all accounting, finance and administrative functions. Chrissy grew up in Kenya and outside of work she enjoys traveling with her husband. 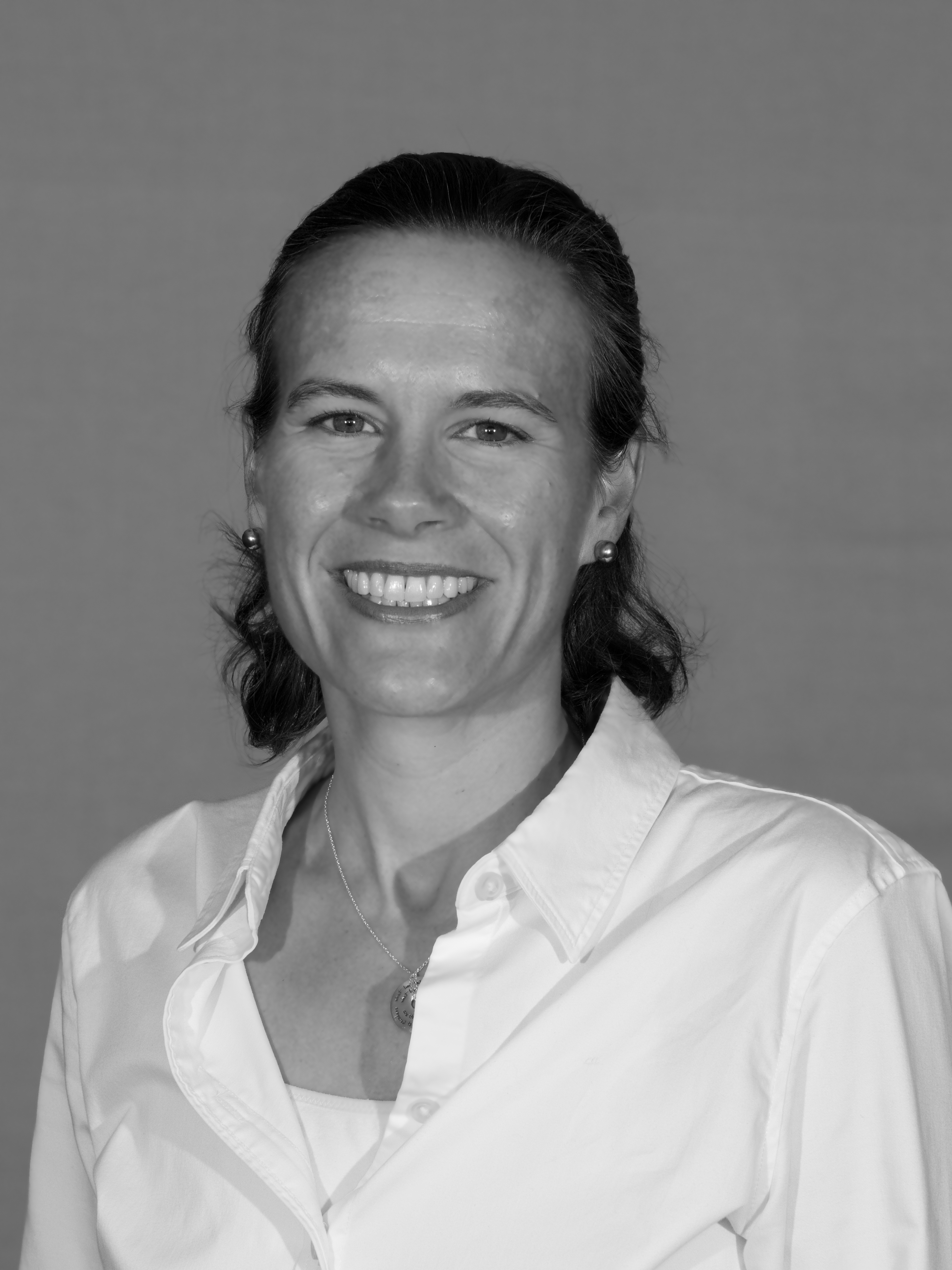 Ms. Faulk, Business Development Manager/Project Manager -Marine Archaeology, has over 2 decades of experience in marine archaeology and in the oil and gas industry.  She holds a Bachelor’s Degree in History from Roanoke College where she graduated from the honors program, and a Master’s Degree in Maritime Studies and Nautical Archaeology from East Carolina University.  Ms. Faulk joined GEMS in 2008, and she has expertise in interpreting high resolution conventional and AUV geophysical data, diver assisted surveys, ROV target investigations, historic data interpretations, offshore operations, logistics, offshore QA/QC, project management, archaeological excavation, and archaeological assessments.  Over the last 22 years she has worked on sites from Maine to Alaska providing dive support, excavation, conservation, and archaeological interpretations of submerged cultural resources.  Ms. Faulk’s experience includes shallow water survey and interpretation in addition to deepwater identification and excavation of significant shipwrecks.  Ms. Faulk is a Fellow of the Society for Underwater Technology (SUT) and a member of SUT-US’s executive committee. 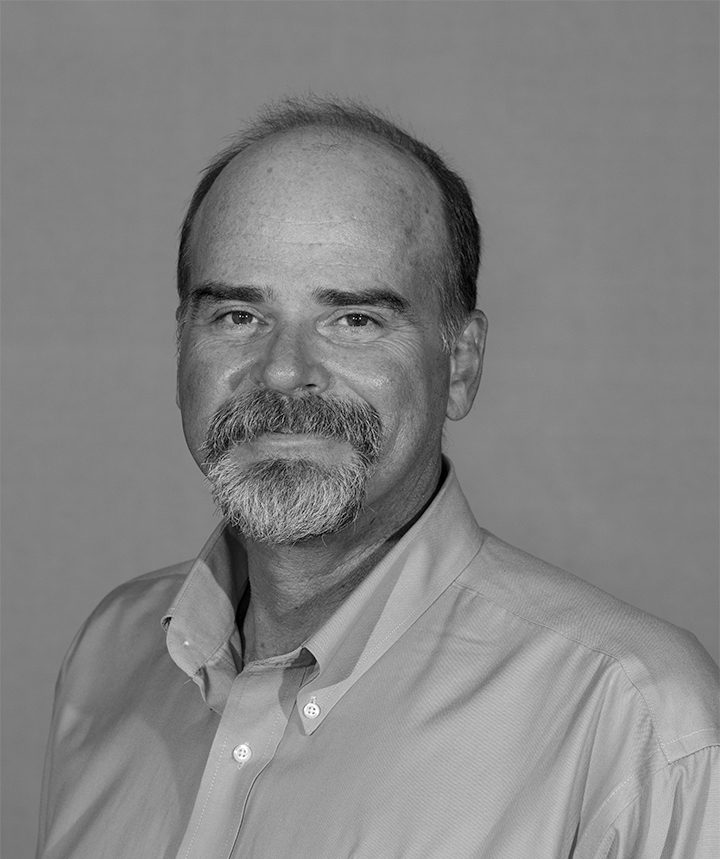 Mr. Dobias has over 20 years of experience in the offshore geotechnical engineering field.  He joined GEMS in 2006.  In his current position as Project Manager for the GEMS engineering group, Mr. Dobias provides leadership for project teams, conducts and supervises geotechnical data interpretations, subsea foundation designs, report preparations, technical peer reviews, proposal writings, and offshore client representations.  Prior to GEMS, Mr. Dobias was with Marsco, Inc. for 1996 to 2001 and then with Fugro-McClelland Marine Geosciences, Inc. (thru acquisition of Marsco) from 2001 to 2006.  His offshore site investigations experiences include various geotechnical drilling and sampling equipment, new equipment development and testing methods in the different soil and geology types in both shallow and deepwater environments across numerous international locations as well as in the Gulf of Mexico.  His experiences also include subsea foundation installation of suction piles, mudmats, driven piles, etc.  His designing and analysis experiences involve among others fixed platform piles, mudmats, mooring piles, pipeline on-bottom stability. Mr. Dobias works closely with the GEMS geoscience team in the area of pipeline routing, site investigation planning, integrated geotechnical-geologic studies, etc.  Mr. Dobias is a licensed professional engineer (PE) with the State of Texas.  He holds a B.S. in Civil Engineering from Louisiana State University, and a second B.S. in Marine Biology from Texas A&M University. He is a member of the American Society of Civil Engineers. 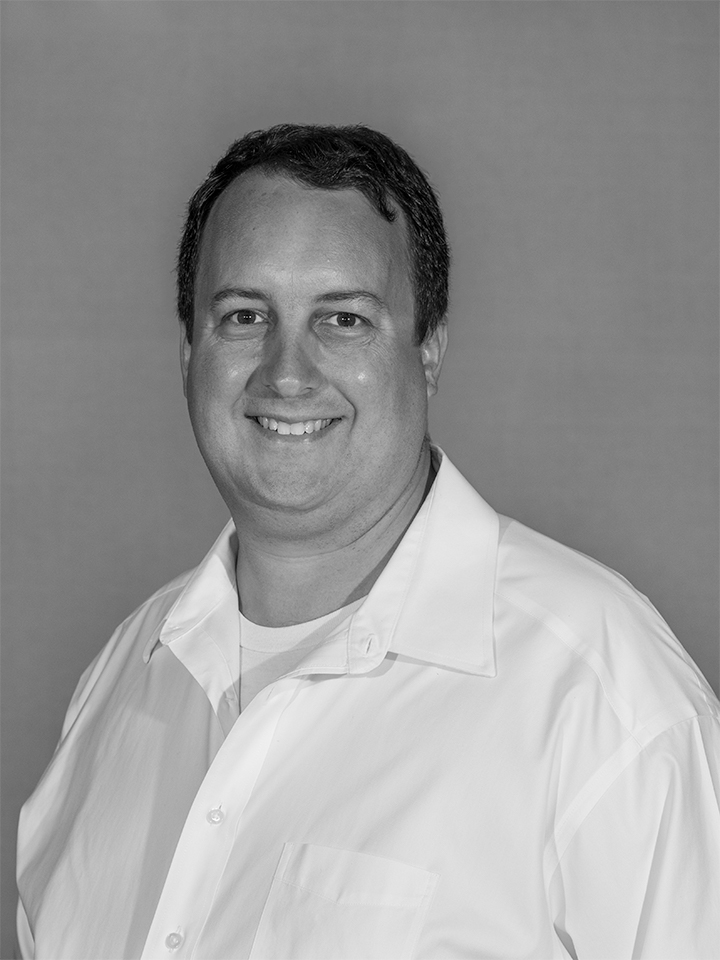 Mr. Madere is a Project Manager/Sr. Geoscientist with 16+ years of experience in the high-resolution geophysical industry.  He started his career as a student worker at GEMS in 1998, working part time while earning his B. S. Degree in Geology at LSU.  After graduation in 2000, Mr. Madere worked as an Associated Geoscientist and worked his way up to Senior Geoscientist, before being promoted to Project Manager in 2013.  Mr. Madere received his M.B.A. from LSU in 2015.  His duties and experience include: project team leadership, project management, proposal writing and cost estimating, 2-D and 3-D seismic data interpretation, high-resolution geophysical data interpretation, geologic modeling and assessment, pipeline planning studies, subsea field development assessments, mooring assessments, integrated geological and geotechnical studies, offshore QA/QC on high-resolution geophysical surveys, piston and box core sampling, field laboratory testing programs, report preparation, and report review.  Mr. Madere has experience across the Gulf of Mexico, U.S. east coast, eastern Mediterranean Sea, West and East Africa, and the northwest shelf of Australia.  Mr. Madere is a licensed professional geoscientist in Texas and Louisiana, and an active member of HGS and AAPG. 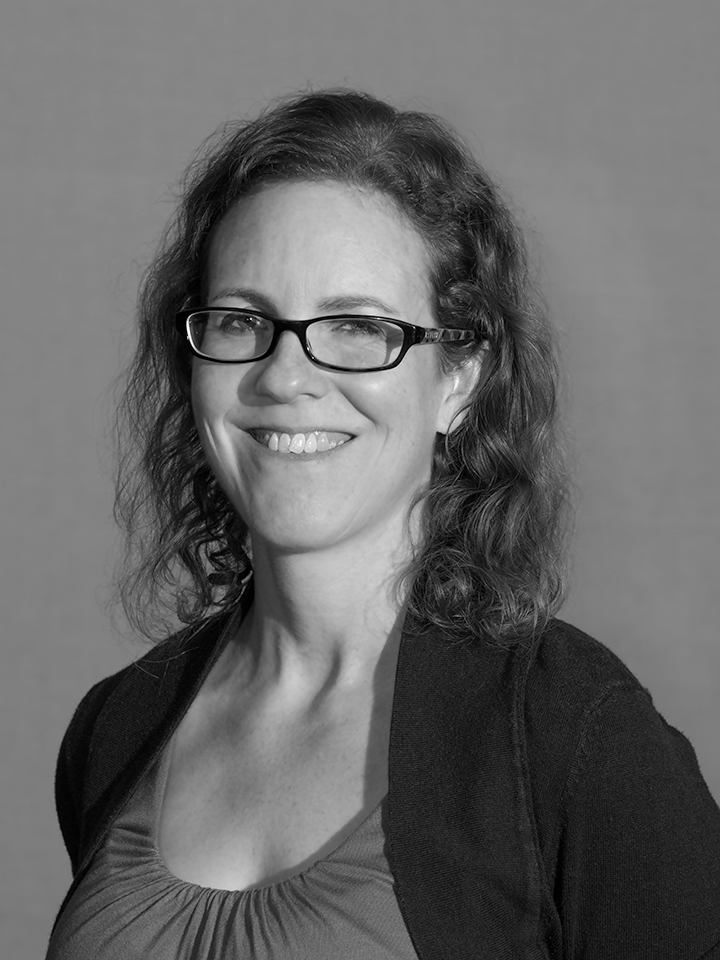 Ms. Janes is a Project Manager/Senior Geoscientist with over 16 years of experience in geohazard assessments for the oil and gas industry.  She received her B.S. degree in Marine Science in 2000 from Texas A&M University in Galveston, Texas.  Ms. Janes then joined GEMS in May 2000 as a full-time Geoscientist.  In 2002 she resumed course work in addition to her duties at GEMS and earned her M.S. in Marine Sciences (Marine Resources Management) in 2004 from Texas A&M University at Galveston.  Ms. Janes’ expertise lies in: 3-D seismic data interpretation, 2-D high-resolution seismic interpretation, shallow geologic modeling and assessments, benthic community assessments, pipeline planning studies, integrated geohazard and geotechnical studies, mooring assessments, and project management.  She has direct project experience throughout the U.S. Gulf of Mexico waters and northwest shelf of Australia as well as team involvement and leadership in numerous additional offshore sites including West Africa and the Caribbean. 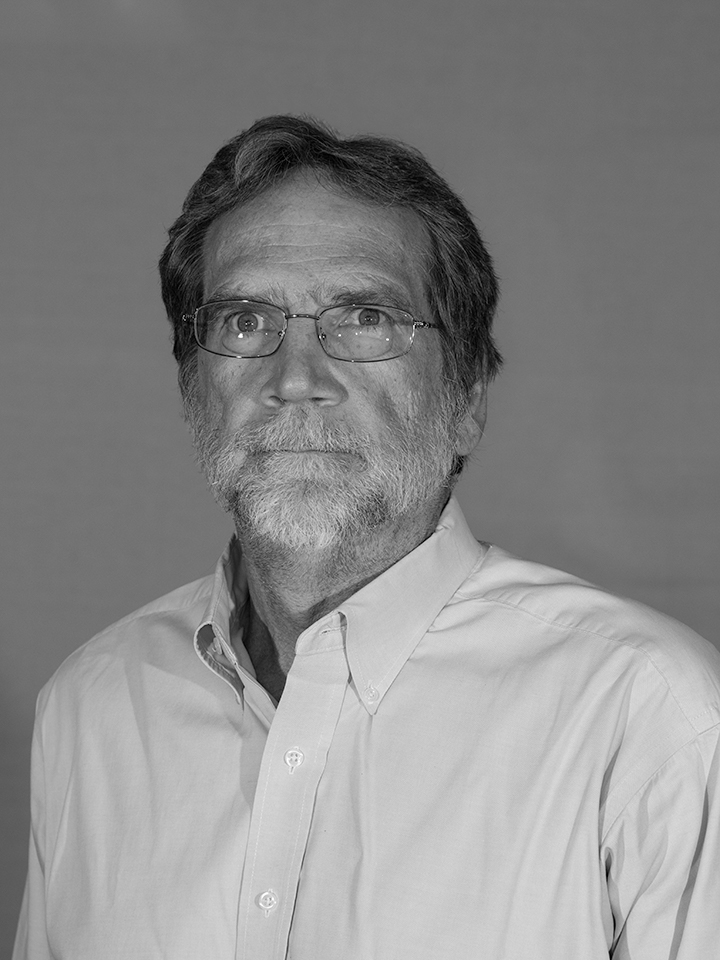 Dr. Neurauter is presently responsible for project management, business development, data interpretations, geologic assessment, and report preparation.  He is a marine geologist with over 30 years Professional Geological Experience in the acquisition, interpretation, and integration of geophysical, geological, and other remote sensing data.

His professional career began in 1977 when he joined Decca Survey Systems Inc., as an offshore seismic operator and field geologist, undertaking both geophysical QC and onboard interpretation.  In 1979 he became a staff geologist for Decca responsible for the interpretation and report preparation for geohazards studies undertaken in U.S. OCS areas including the Gulf of Mexico, U.S. East Coast, Alaska and California, along with several international projects.  In 1982 he was promoted to manager of the interpretation group of Racal Geophysics (formerly Racal-Decca).

Between 1984 and 1986 Dr. Neurauter was a partner in the geohazard interpretation consulting company MGI Associates.  In 1986 he joined ARCO Oil and Gas Company as a senior geophysicist doing the planning, QC and interpretation of engineering geophysical studies within U.S. and international waters.  Part of his duties included the interfacing with ARCO Exploration and Production Research group performing high-resolution seismic stratigraphy and marine geochemical studies.

Dr. Neurauter worked extensively with the GEMS group since its conception in 1997, first as a consultant and later as a full-time employee of the company.  He is responsible for the interpretation and report preparation of geohazard investigations using 3-D data volumes and conventional analog and 2-D data sets.  Additionally he often critiques reports and participates in various field operations.  Since working with GEMS®, Dr. Neurauter had the opportunity to work on numerous Gulf of Mexico projects, as well as Alaska and internationally projects in Trinidad, Ecuador, the Philippines, Nigeria, Angola, Caspian Sea, Brazil, Australia, Malaysia, Indonesia, China, Eastern Mediterranean, and Egypt. 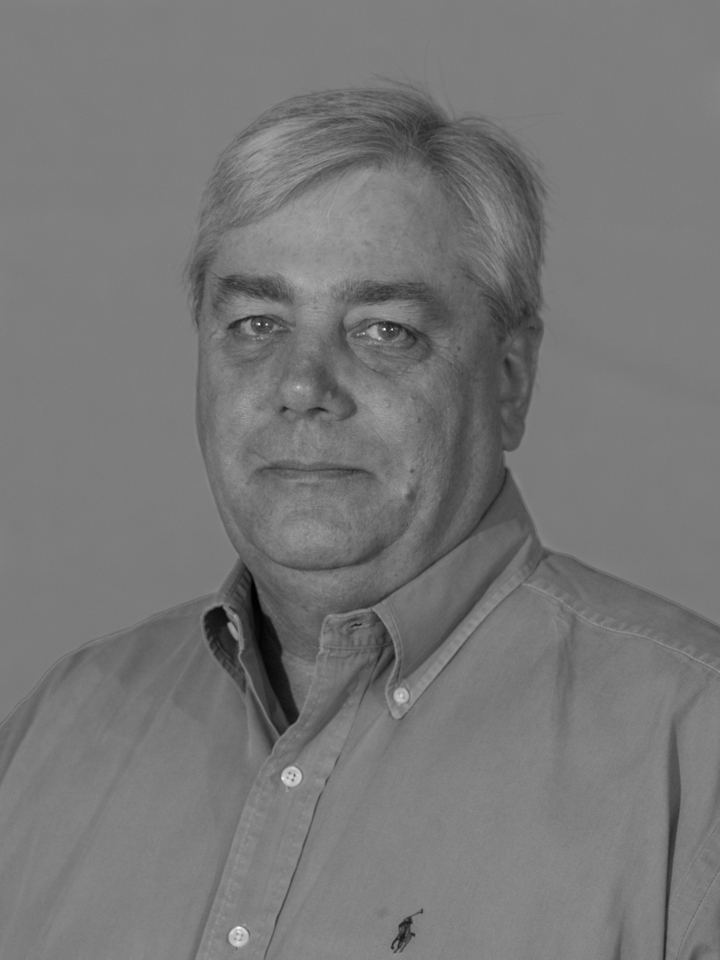 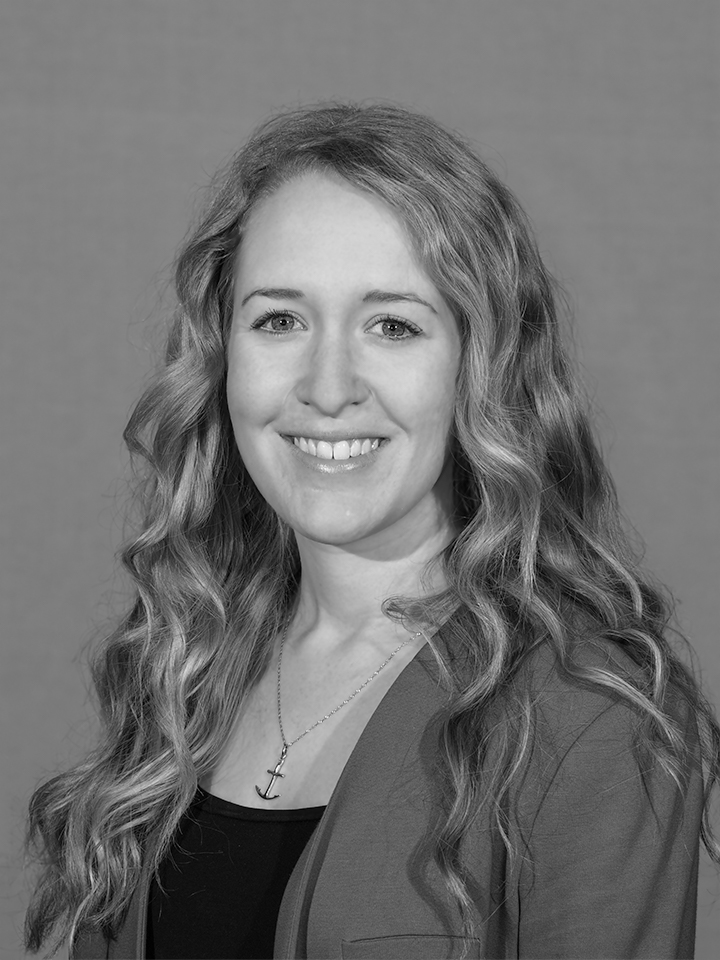 Ms. Berkey graduated from Acadia University in 2009 with a B.S. in Environmental Geology.  She then continued her education at the Centre of Geographic Sciences (COGS), earning an Advanced Diploma with Honors in Marine Geomatics.  She began work at C&C Technologies, Inc., in 2010 where she applied her knowledge and hands-on training to interpret geophysical data and perform various site assessments, pipeline route assessments, post-hurricane pipeline assessments, as well as nautical charting.  She also gained experience performing offshore survey operations and data QA/QC in the Gulf of Mexico and Western Africa.  In 2013, Ms. Berkey joined GEMS where she continued to broaden her skillsets in 2-D and 3-D geophysical site assessments, subsea field development assessments, integrated geological and geotechnical studies, and report preparations to meet clients’ needs.  During her time at GEMS, she also acted as onboard client representative and/or data interpreter for various projects in the Gulf of Mexico and Eastern Africa.  Ms. Berkey has offshore experience working with conventional and AUV side-scan sonar, subbottom profiler, multibeam bathymetry, and magnetometer data. 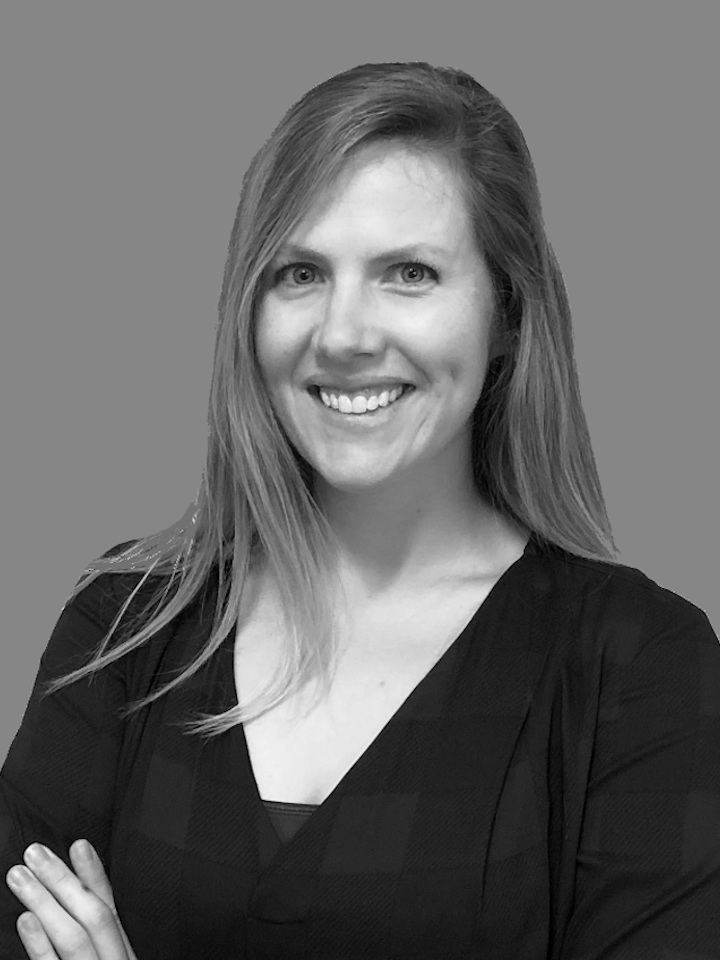 Ms. Bates has over nine years of varied professional and academic experience as a marine geologist in the oil and gas industry primarily specializing in shallow hazards, riselerless drilling monitoring, integrated development studies, and survey work. She received her B.S degree in Geology from Saint Mary’s University and then continued her education at the Centre of Geographic Sciences, earning an Advanced Diploma in Marine Geomatics.  Prior to joining GEMS, she worked at Fugro USA Marine Inc. where she gained experience with integrated field development studies, shallow hazards, seep campaigns, and offshore geotechnical work.  Before Fugro, Ms. Bates worked at Berger Geosciences, LLC. where she primarily focused on Gulf of Mexico Shallow Hazards, ROV site inspections, and onsite riserless drilling monitoring. 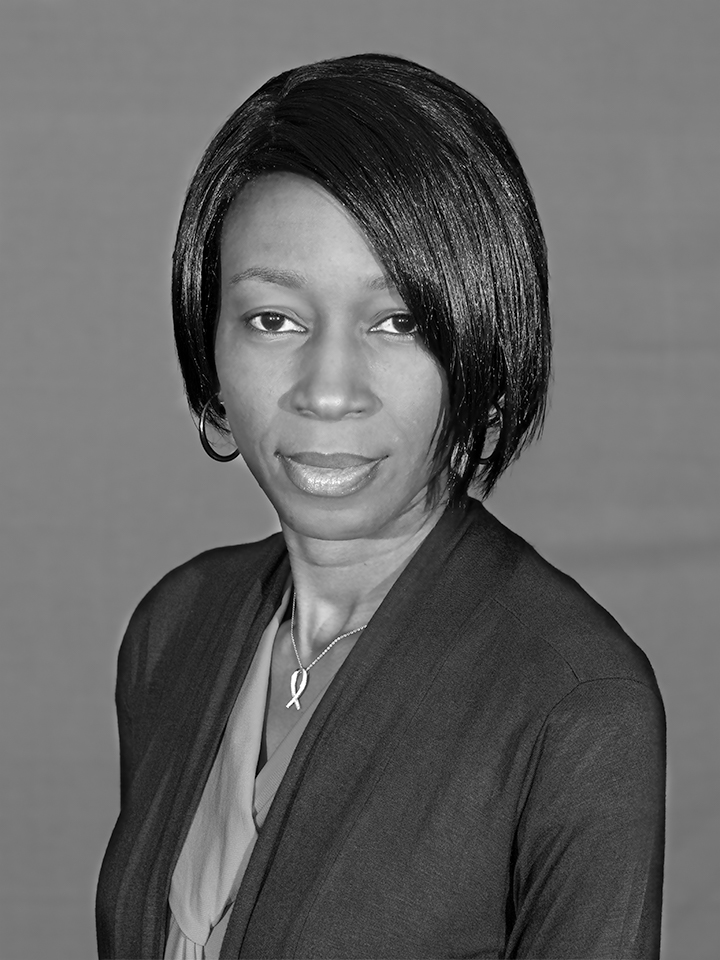 Ms. Oyedele joined GEMS in 2005.  She graduated from Olabisi Onabanjo University (Ago Iwoye, Nigeria) in 1998 with a B.S. Degree in Geology. She continued her education to receive her M.S. Degree in Geology from the University of Houston in 2005.  Prior to working at GEMS, Ms. Oyedele worked with Mobil Producing Nigeria (MOBIL) as an operation geologist.  While at MOBIL, she assisted in monitoring offshore wellsite operations and provided administrative support for drilling and government-related reporting.  Since working at MOBIL, she has been able to broaden her skill set at GEMS where her duties include, but are not limited to integrated geologic and geotechnical studies and shallow hazard assessment for POE approval.  Ms. Oyedele is a resourceful team player with over 10 years of experience in the oil and gas industry. Her areas of work exposure include the Gulf of Mexico, U.S. East Coast, offshore West/East Africa, Offshore Indonesia, and NW Shelf Australia.  Ms. Oyedele is a member of the American Association of Petroleum Geologists (AAPG) and Society for Underwater Technology (SUT). 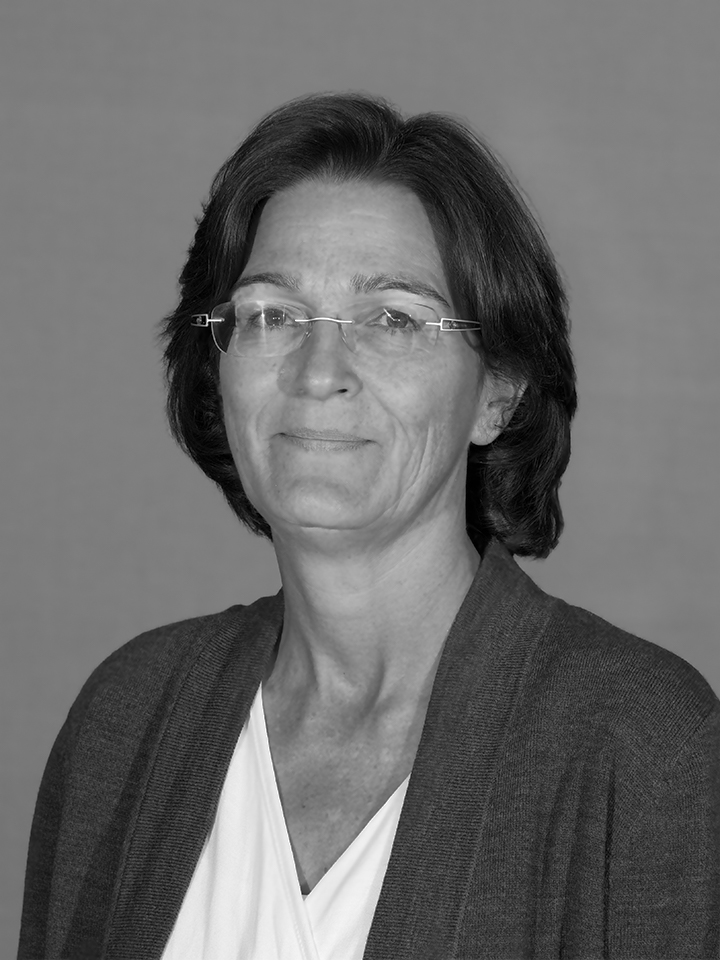 Debra Adams is the Lead AutoCAD operator at GEMS.  She has a 25 years of experience working in the oil and gas industry.  Her specialties include database management, pipeline design and shallow hazard survey mapping.  She is always eager to learn new software and attend training classes.  Within in the last five years she has added ArcGIS and AutoChart to her list of expertise.  When she is not working you may find her scuba diving, running or spending time with her two grandsons! 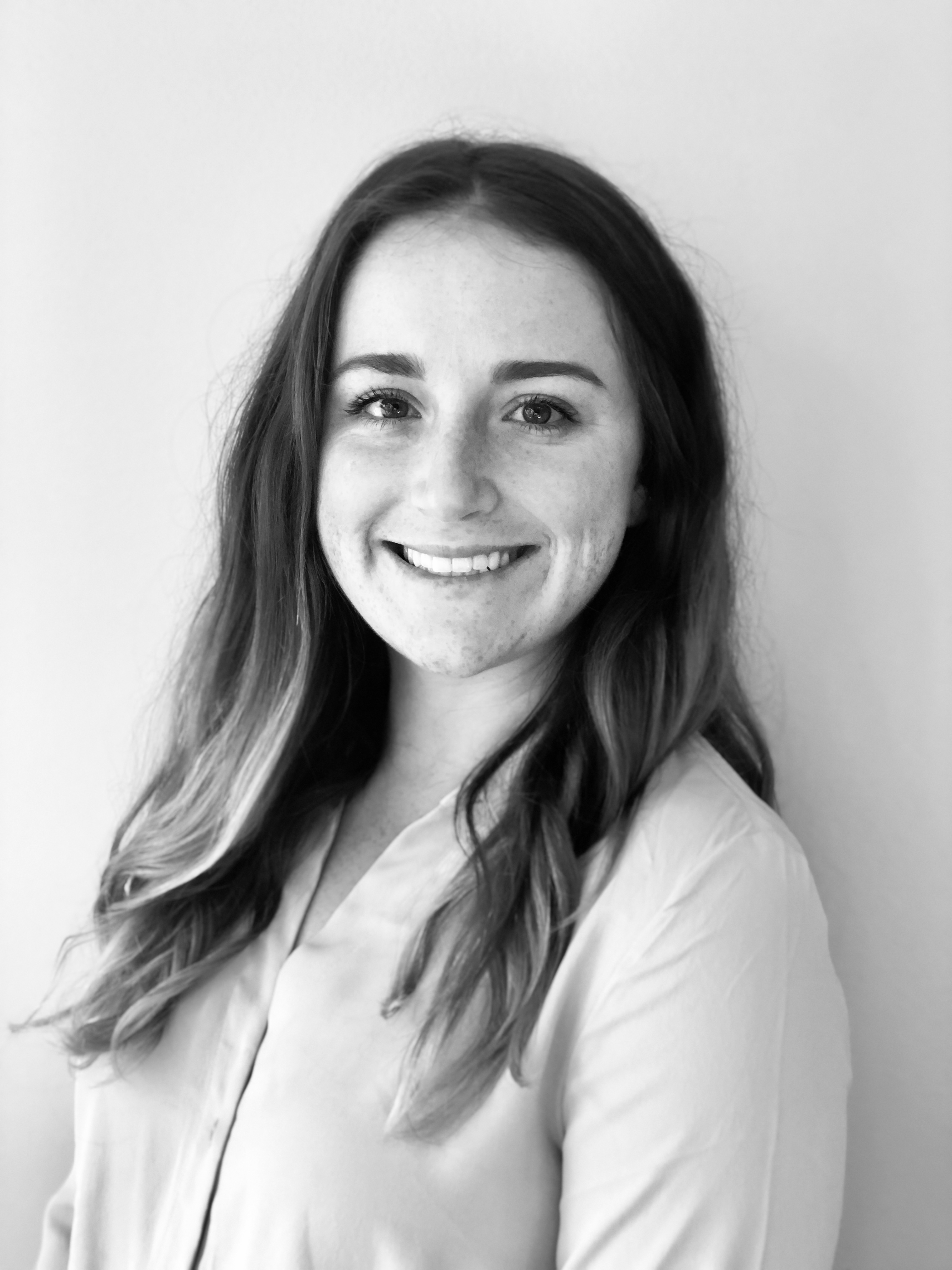 Lauren M. Shultz holds a B.A. Degree in Anthropology from the University of Oregon, a M.S. Degree in Maritime Archaeology and Conservation and a Graduate Certificate in Geographic Information Systems from Texas A&M University. Ms. Shultz has 6 years of experience as an archaeologist specializing in island, coastal, and underwater sites in the Caribbean, Pacific, and Mediterranean. She has experience in artifact conservation, laboratory management, data analysis, archaeological and oceanographic assessments utilizing GIS. In 2019, Ms. Shultz joined GEMS in a dual role as a GIS Specialist and Marine Archaeologist. She provides SSDM compliant ArcGIS deliverables, database management, and pipeline routing as part of the Support Services team, as well as data interpretation for archaeological investigations. Ms. Shultz utilizes ArcMap, ArcPro, Python, WebGIS, JavaScript, ArcheoLink, Global Mapper, and SonarWiz software and programming languages for data interpretation and drafting. Outside of work, Lauren enjoys scuba diving and traveling.